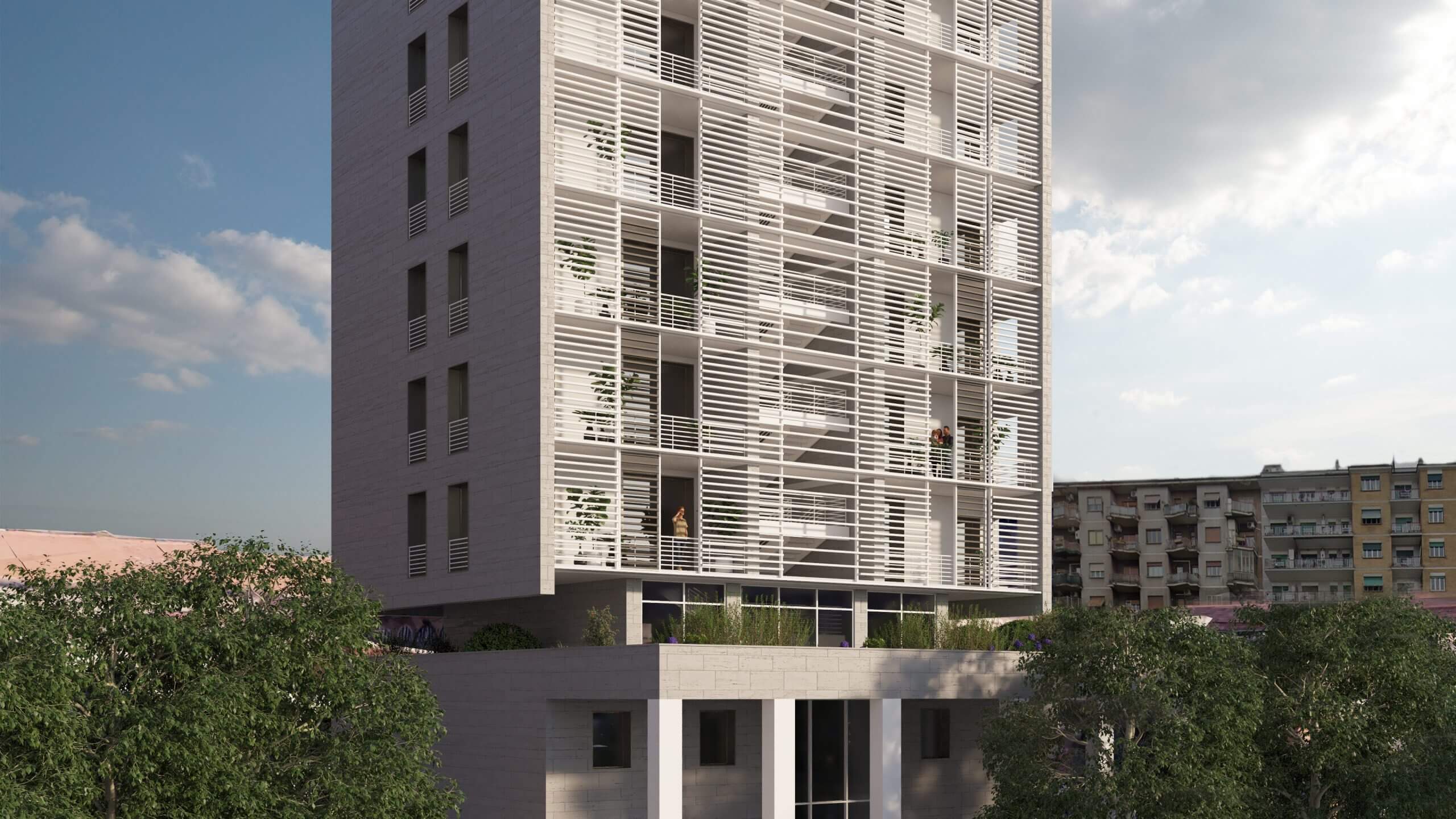 New construction project for a multifunctional building with equipped public parks. The project involves the demolition of existing buildings in an area that falls within the perimeter of the SDO of Pietralata as a public park, and is adjacent to the former complex of film studios intended for university services. The project proposes a passive bioclimatic operation, based on the southern orientation with large screened solar greenhouses, and the public park behind it, on which the windows open to ensure cross ventilation and passive cooling in summer.

Model or drawings by Isegno

Model or drawings by Isegno